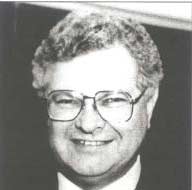 Gregory has a well-rounded background in public service and private law practice. He studied law at Adelaide University and was admitted as a legal practitioner of the Supreme Court of South Australia in 1978.

He was an elected Member of the South Australian Parliament from 1979 to 1993 and as a Minister had a wide range of portfolios including Education, Children’s Services, Community Welfare and Aboriginal Affairs, Housing, Planning and Local Government.

After 1994 Gregory became a consultant at the Adelaide law firm Johnston Withers and has been a non-executive director of a number of government and private sector boards including the Queen Elizabeth II Silver Jubilee Trust for Young Australians and the Don Dunstan Foundation and the Passenger Transport Board for South Australia. He was Chair of the South Australian Regional Committee (now called The Foundation for Young Australians) from 1995-2005.