Monique Brouillet Seefried was Chair of the Board of Governors from 2003 to 2009. 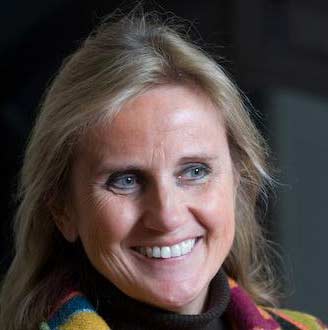 She was born in Tunisia and grew up in Austria, France and Italy. In 1973 she married Ferdinand Carlos Seefried (an Austrian) in the Vatican City.

They lived in Germany until 1977 when they moved to Atlanta, United States of America, which has been their home ever since. They have three children, who are all IB Diploma Programme graduates. Monique was born a French citizen and also became a US citizen in 1985.

Monique has worked in education for 30 years and has also been involved in the archaeological and museum world. She started her career by teaching history and geography in French high schools before moving to the United States of America, where she taught courses on Islamic art and ancient archaeology as an adjunct professor in the Art History Department of Emory University.

Between 1982 and 2002 she was Curator of Near Eastern Art at the Michael C. Carlos Museum. She is the founder and was the Executive Director, from 2000 to 2004, of the Center for the Advancement and Study of International Education (CASIE). CASIE serves as a professional training centre for foreign language and IB teachers and offers workshops on multicultural diversity in the classroom.

Monique has lectured extensively on art and archaeology topics, as well as on international education. She is also very involved in civic activities and serves on many boards and board committees, including as trustree emerita of th Board of Trustrees at Atlanta International School.

In June 2014, Monique was appointed by the Speaker of the House to the US World War I Centennial Commission where she is responsible for international partnerships and also works on education and states initiatives.  The government of France awarded her the Academic Palms, the Order of Merit and - in 2015 - the Legion of Honor with the rank of “chevalier”.

Below, you'll find transcripts of speeches given by Monique both during her time as Chair of the Board and afterwards.