Carol Bellamy was Chair of the International Baccalaureate® (IB) Board of Governors from 2009-2015. 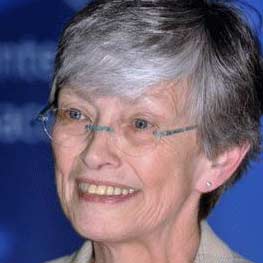 In 2013, Carol completed a three-year term as Chair of the Board of Directors at the Global Partnership for Education (GPE).

During that period, Ms Bellamy oversaw a significant transformation of the GPE, including: the establishment of a representative Board of Directors; a highly successful rebranding and replenishment campaign; the development of a long-term strategic plan for the GPE; and the appointment of the organization’s first ever Chief Executive Officer (CEO).

Carol has also served as President and CEO of World Learning, a private, non-profit organization promoting international understanding through education and development. The organization works in more than 70 countries.

Before this, she spent 10 years as Executive Director of UNICEF. She was also the first former volunteer to become Director of the Peace Corps.

Carol has worked in the private sector at Bear, Stearns & Co., Morgan Stanley, and Cravath, Swaine & Moore. She spent 13 years as an elected public official, including five years in the New York State Senate.

In 1978, Carol became the first woman to be elected to citywide office in New York City when she was elected President of the NYC Council, a position she held until 1985. In 2004, she was named one of Forbes magazine’s 100 Most Powerful Women in the World.

Carol was awarded the Légion d’Honneur, by the Government of France, in 2009.