Marco Polo Bravo Montiel graduated from the Diploma Programme in 2016 at Colegio Americano de Puebla (Mexico). He is currently in the fourth semester of the licenciatura (Bachelor's degree) in actuarial science at Universidad de las Americas Puebla (UDLAP). 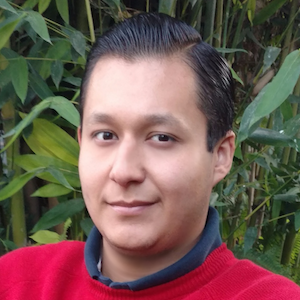 I decided to study the Diploma Programme (DP) because I had already taken the other two programmes: the Primary Years Programme (PYP) and the Middle Years Programme (MYP). I felt confident in my ability to respond and research, and I felt that I was well-prepared to complete the IB continuum.

I had known that I liked science and mathematics since the MYP, so I thought about choosing biology and physics. On the Diploma Programme, I decided to take physics because I realized that I liked it more than biology. I also took standard level mathematics. At my school, higher level was always taught but the students had to study independently, and I wasn’t completely sure that I was going to study mathematics. That is why I chose standard level mathematics, which is not as in-depth, and higher level physics. The science and mathematics subjects were a strong foundation for me.

I loved the theory of knowledge course. It doesn’t just stay in class; it can be applied to everything. Since my studies are related to mathematics, I am always asking questions. It is really valuable to ask yourself questions like “How can I be sure that this is so?”, “Where does this come from?”. This class was very important for gaining a better understanding of all the other classes.

The Spanish and English classes improved my communication skills by helping me to develop other skills, such as socializing, speaking, expressing myself in another language, self-confidence and learning about another culture. That was very helpful for me because now I have classmates of other nationalities, and we shouldn’t just focus on our own culture but rather understand the paradigms and differences around us.

“The greatest benefit of the Diploma Programme for me was not being afraid to put in the work. There are days when you study every day, and you have to work on several subjects at the same time”.

While I was studying on the DP, I played ice hockey and roller hockey. They are different sporting disciplines and, in fact, I played them at different hockey locations: one on ice and the other on the floor. The National Youth Sports Olympics take place in Mexico in May.  I had to go to other states to compete. I was fortunate that the Diploma Programme final exams took place on a different day than the Olympics, because I had the bad luck of tearing a cruciate ligament in my knee during training. I had to stop playing after that, and I had more time to study for the exams.

I also participated in the Mexican Mathematics Olympiad (OMM), which is the step before the international competitions, including the IMO (International Mathematical Olympiad).  We trained on Friday afternoons for four hours, and on Saturday mornings for another four hours outside of class time. It was a tight schedule, but I was able to manage. It required a lot of concentration and organization. I won the bronze medal at the Mathematics Olympiad. Even though I do not participate in the competition anymore, I voluntarily attend the courses that are offered and help the teacher.

I am currently in the fourth semester of my licenciatura in actuarial science at the UDLAP. In the United States, having a degree in actuarial science does not make you an accredited actuary; you still have to pass official accreditation exams, for example, the SOA (Society of Actuaries of the United States) exams. The UK equivalent is the Institute and Faculty of Actuaries. These are the titles that demonstrate what your actuarial skills are at international level. This degree is part of the Faculty of Science. It is related to a mathematics degree and closely  linked to an applied mathematics degree. During the degree, students study risks in pure mathematics and finance. The actuary creates mathematical models or seeks to generate mathematical models to decrease risk or maximize earnings and optimize processes. There are various branches. Insurance is the classic one. The actuary calculates the risk of an event or accident occurring. The finance branch deals more with economics. It looks at the global system, interest rates, the stock market, and there are various models that show how prices and sales vary over the course of the year. Sometimes there are cycles that are on the rise. The actuary studies this and creates models to try to make predictions that are as accurate as possible.

My theory of knowledge teacher had the biggest impact on me, not just in the classroom but also as a person. He shared a lot of experience with us and taught us a lot about how to apply logic. He taught us how to behave outside of school and how to move through life, because life is not a game. It’s about being very alert and knowing how to support your arguments; he emphasized that a lot.

At university you can see the difference between those who studied the IB programmes and those who did not. The greatest benefit of the Diploma Programme for me was not being afraid to put in the work. In all the IB programmes, you have to study a lot. But a key characteristic of the DP is its workload. There are days when you’re studying every day and you have to work on various subjects at the same time. You have to be organized to be able to finish everything on time. That is an important skill. The other is research. It has been really helpful for me to know how to conduct research and whether what I find is reliable.

Another skill that I developed during the Diploma Programme was reading books. I am dyslexic, and so sometimes it’s a little hard for me to read, because it takes me a long time. I didn’t like reading, but I found the method that we used to analyze the books fascinating. Now I like to read for pleasure, even if it takes me a while.

One thing that I would have done differently is the extended essay, because at the beginning of the year when we started to work on it, I wasn’t sure how to approach it. I don’t think that anyone else at my school was doing their extended essay in mathematics. I understand that there has only been one “A” granted for the extended essay in mathematics at my school in 20 years. I had to do a lot of independent study and read essays from a lot of other countries because I wasn’t sure what to do, what was being asked and how to do it.

I won’t tell students who are thinking about taking the Diploma Programme that it’s easy, or that they’ll be relaxed the entire time. If they like it, it won’t feel so tough, but you have to work and keep going, even if you feel under a lot of pressure at times. Sometimes you’ll have to make sacrifices. I recommend that you work hard, organize yourself well, plan everything and simply don’t give up. In the end you’ll figure out what you did well and what you did not so well. That is the most valuable learning.