Gérard Renaud was a visionary, a pedagogue, a philosopher. He was one of the major architects of the Diploma Programme (DP) and the Middle Years Programme (MYP) and a champion for promoting the International Baccalaureate® (IB) in French-speaking countries around the world. 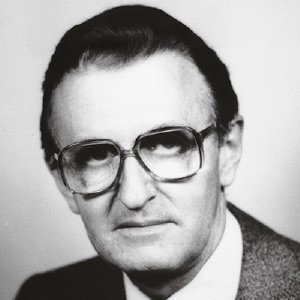 When the IB project commenced in 1962, he was teaching French literature and philosophy in the French section of the International School of Geneva, and very quickly became one of its most enthusiastic proponents.

Gérard played a major role in shaping the overall structure of the Diploma Programme (DP); he was influential in gaining support from the French ministry of education and was instrumental in the creation of theory of knowledge.

From 1967-77 he was Deputy Director General of the IB and became Director General from 1977 until his retirement in 1983, working from Geneva. After his retirement he lived in France—within easy commuting distance to Geneva—and remained very involved with the organization. He frequently visited the office to discuss IB initiatives.

During the 1980s, Gérard was involved in the organization of a number of meetings to develop the International Schools Association Curriculum (ISAC), which in 1994 became the Middle Years Programme (MYP) of the IB. He was a major contributor to the MYP's founding concepts and continued to follow MYP developments for a number of years.

In recognition of his achievements, the International Schools Association (ISA) awarded its first Distinguished Service Award to Renaud in 1995, "for the highest ideals in international education, excellent teaching, and leadership in curriculum development and research."