Derek Blackman was Director General of the International Baccalaureate® (IB) in 1998 and 1999. 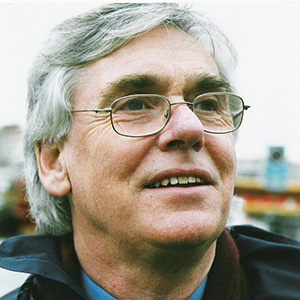 Derek gained his first degree from Exeter University in 1964 and his PhD from the Queen’s University of Belfast, in 1966. He was Professor of Psychology at Cardiff University from 1976-1998, serving at various times in a number of roles, including Head of Department and Dean of Faculty.

He has published seven books and more than 100 chapters and research papers in the experimental analysis of learned behaviour, and received an Honorary Doctorate from Universidad Nacional de Educacion a Distancia, Madrid, in 1996.  He is a Fellow of the British Psychological Society and was its President from 1981-1982. He is now Emeritus Professor of Psychology at Cardiff University.

Since his term as Director General, Derek’s principal interests have been in United World Colleges (UWCs), in which he was a member of the International Board, serving as Vice Chair from 2004-2012. He remains in governance roles in the UWC colleges in Germany, Italy and Swaziland.

Derek lives in Hastings, the UK, where he has held governance roles at several charities and public organizations in the education and health sectors.  In particular, since 2003 he has been a trustee of Pestalozzi International Village Trust, near Hastings, and is currently Chair. He was trustee of St Michael’s Hospice in Hastings from 2005-2014, and still volunteers there.