Alec Peterson was the first Director General of the International Baccalaureate® (IB). He shaped the educational philosophy of the IB based on his own deeply humanist and liberal beliefs; from the IB's commitment to stimulating courses, and its focus on independent research, to its balance between academic work and community service. 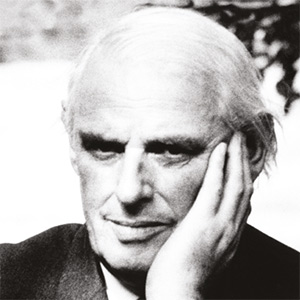 The development of critical thinking skills, and the central role of theory of knowledge to the Diploma Programme (DP), were also key aspects of his philosophy.

Born in Edinburgh in 1908, Alec entered the teaching profession in 1932, holding roles as headmaster of various government-run and independent schools in England, as well as posts in the UK military.

Alec was a staunch campaigner against what he regarded as the over-specialisation of British education at pre-university level. He became very involved in establishing the curriculum for the first United World College: Atlantic College in Wales, which opened in September 1962. At the same time the fledging Diploma Programme (DP) was in development at the International School of Geneva; he became part-time Director of the International Schools Examination Syndicate (ISES) in July 1966.

When the ISES officially became the IB Office in 1968 he continued as Director General, until July 1977.

Before his time at the IB, Alec was a distinguished employee of the British Armed Forces and an experienced school headmaster. During world war two, he was Deputy-Director of Psychological Warfare for South East Asia Command - the body with overall charge of Allied operations in the region.

After the war, he was appointed headmaster at Adams' Grammar School. In 1946, he was awarded Order of the British Empire (OBE).

Alec's military career resumed from 1952-54, as Director General of Information Services during the Malaysian Emergency, a war fought between Commonwealth armed forces and the military arm of the Malaysian Communist Party.

Following this, Alec became headmaster of a succession of government and independent schools in England, and took the post of Director of the Department of Educational Studies, Oxford, in 1958 – a post he held, alongside other roles, until 1973.

His last school before joining the International School of Geneva was Dover College, where he started an international sixth form. In 1964, while at Dover College, he co-founded the editorial board of the prestigious journal Comparative Education, remaining its first chair until 1977.

Alec was a recognised expert in that field and a leading pioneer in international education in Britain and beyond. He had the international reputation and connections, the charisma, the conviction, and the educational expertise, to make the IB project a success. Without him, it may never have happened.