During our 50th anniversary year, we asked students to come together to seek solutions for some of humanity’s greatest challenges across areas such as the environment, migration and health, and nutrition. Their responses were impressive and incredibly inspiring. 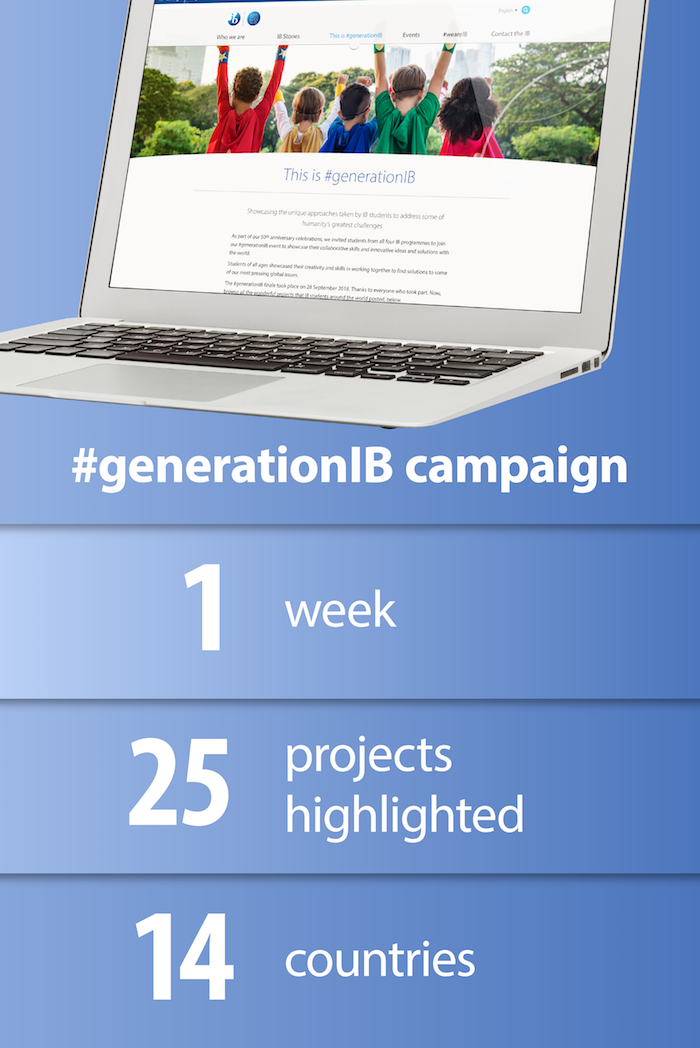 Participants in the #generationIB campaign were asked to form groups, pick themes, and think about how they could begin to solve some of the greatest challenges faced by humanity. Teams were established in schools all over the world, themes were chosen, topics were meticulously researched, and incoming pictures and messages of the ongoing work impressed us with their detail, critical and creative approaches.

Among some of the incredible projects submitted, the Genes for Jeans project in Bahrain worked on researching sickle cell disease, and team members spoke with patients who have the illness. The team also organized a fundraising event. In India, students worked on setting up their own NGO to address the issue of unused medicines, and managed to organize the supervised redistribution of 137 kilos of medicine to areas in need.