Since 1968, our mission has been to develop inquiring, knowledgeable and caring young people who help to create a better and more peaceful world through intercultural understanding and respect. Fifty years later, this mission is more relevant than ever. We are proud to share some inspiring and impactful initiatives from around the IB global community that put our mission into practice. 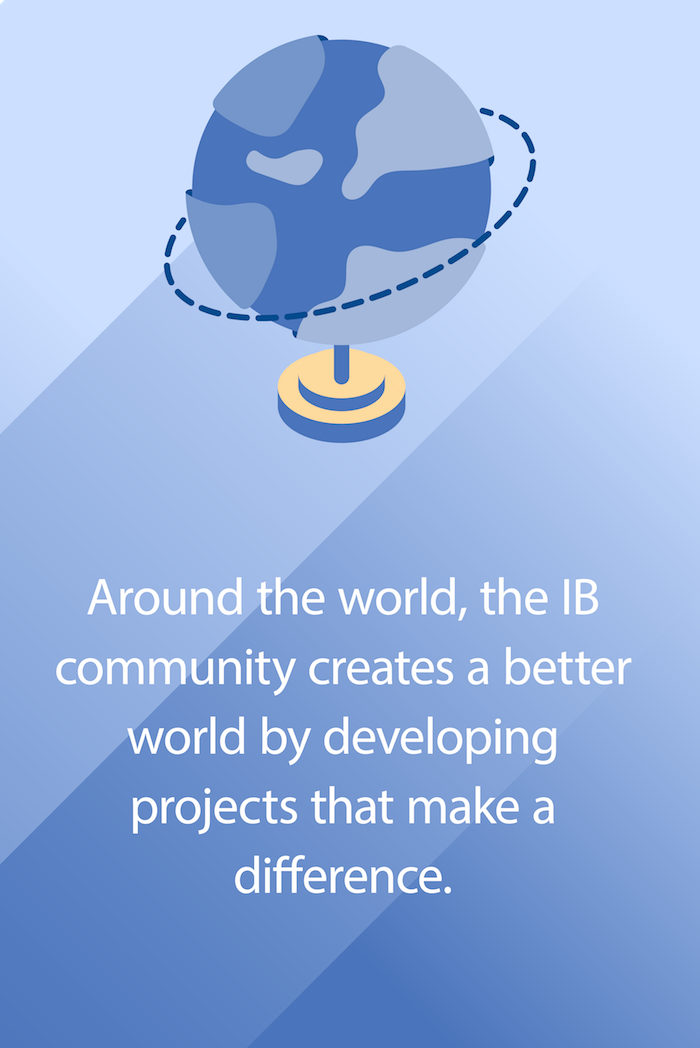 Several “student take-overs” raised awareness of the rights of children on World Children’s Day. Students from Nord Anglia Education around the world hosted a series of “take-overs” and international debates. Using their collective voice, they made their opinions heard, with some of them “taking over” the UN’s headquarters in New York.

In Angola, Koby Adu-Bonnah, a Middle Years Programme (MYP) student from Luanda International School, organized donations of clothing, food, mosquito nets and toiletries for more than 35,000 Congolese refugees in the north of his country. Meanwhile, former Diploma Programme (DP) teacher Margarita Mansola used her experience in international education and her background in educational psychology to create a programme that made a long-lasting difference to many refugee children in Helliniko, a refugee camp in Greece.

IB students also leapt into action in the face of many natural disasters. Putting the IB’s mission into practice, and having witnessed the impact of an earthquake in New Zealand, a Primary Years Programme (PYP) team won an international award for creating an app that helps people find shelter during a disaster. At the Baldwin School of Puerto Rico, students and teachers helped local communities to rebuild and recover after being hit by Hurricane Maria, and MYP students from John Glenn Middle School of International Studies brought the community together to help children learn and play after multiple natural disasters swept through the United States of America.