Take a look at some more details on the speakers at this year's pre-conference. 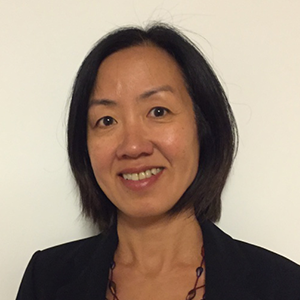 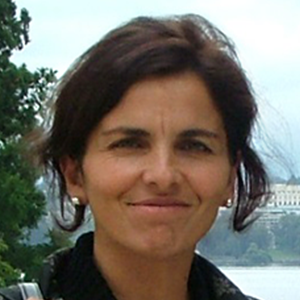 Veronica Boix Mansilla is a Lecturer in Education, Senior Principal Investigator and Steering Committee Member at Project Zero, Harvard Graduate School of Education, where she also founded the Future of Learning Institute. She directs the ID Global Project – a multi-year research initiative where she examines the conditions that enable individuals to carry out quality disciplinary and interdisciplinary work and develop their global competence. Veronica’s current research focuses on how teachers’ develop their capacity to educate for global competence with quality. Working with the IB she is articulating a portraiture approach to international mindedness. In collaboration with the DC Public Schools, in Washington, she is developing an approach to global competence education that draws on the city as a context for learning. Working with the National Gallery of Art and the Smithsonian Institution, she examines the role of museums as public spaces for global competence education. Working with teachers in the US and Japan she examines the precursors of Global Competence in Early Childhood and working with teachers in China, she is examining integrated pedagogies for global competence. Veronica serves or has served as an advisor to the OECD, Asia Society, Association of American Colleges and Universities, Council of Chief State School Officers, and International Baccalaureate, WorldSavy and Global Kids among others. She is the author of multiple papers and books including Teaching for Interdisciplinary Understanding in the International Baccalaureate Middle Years Programme (2010); Educating for Global Competence: Preparing Our Youth to Engage the World (2011) with Tony Jackson. 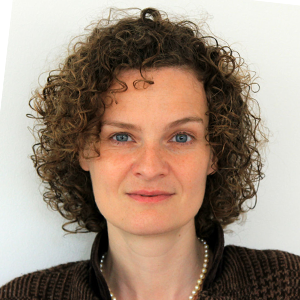 Mette Miriam Böll is a biologist, specializing in the evolution of complex social systems, play behavior, and philosophy of nature. Mette has a Ph.D. in organizational ethology and additional education in leadership by heart, systemic constellation, mindful leadership, and the philosophy and history of science. Mette has combined these areas into research of how moods and feelings are transmitted in social relations, as well as in the larger systems human beings are part of. In 2014, Mette joined Peter Senge and Daniel Goleman to form the Triple Focus Initiative, which then merged into the Garrison Global Collaboration for Integrative Learning. Mette previously held a position as head of research at Metropol University College, teachers’ college in Copenhagen, and has continued teaching neuroscience of emotions to undergraduate students. 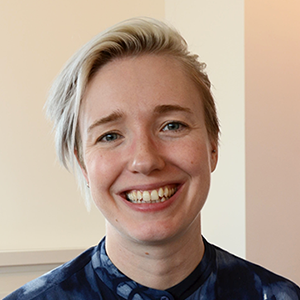 Edlyn Chao is a Curriculum Research Manager in the IB Global Research team. A primary teacher by training, she holds a Masters of Elementary Education from Teachers College, Columbia University, a Doctorate of Education from the University of Melbourne, and is also an IB DP graduate. She has worked and taught in the US, Singapore and Australia in primary schools and tertiary settings. Most recently, Edlyn was a Lecturer (Pedagogy & Curriculum) in the School of Education, Deakin University, Australia. Since joining the IB, Edlyn has led the development of an IB research training programme which aims to enhance research skills and support the community of practice around curriculum development. Her research interests include: K-12 education in global contexts, intercultural education, and teacher professional identity and development. 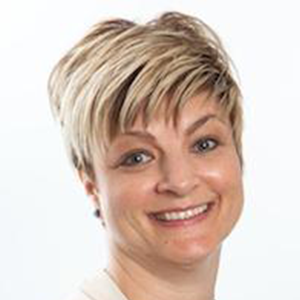 Fiona Clark has been involved with the IB since 1995, first as a DP chemistry teacher, and then as a workshop leader, school visitor, examiner and textbook author. Fiona joined the IB organization in 2010, so that she could have a larger impact on schools; first working in the academic team as a curriculum manager for DP chemistry, ESS and SEHS. In 2013 she began working as part of the Regional School Services team in the AEM region and has transitioned to working as an Authorization Manager. Fiona is passionate about supporting schools in this exciting stage of their IB journey. 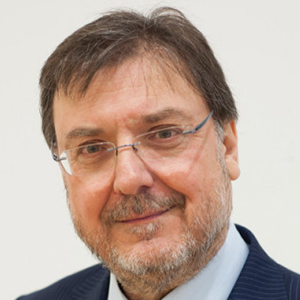 Peter Fidczuk has been the UK Development and Recognition Manager since 2014 and in his role supports recognition of IB prgrammes by UK universities. Roughly one in ten of all IB graduates apply to UK universities and so maintaining good relationships with these stakeholders is a key objective of his role. 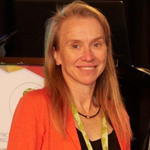 As part of the IB World School team, Katrin Fox supports authorized schools across the world, until February 2017 she worked for the IB as DP School Services Manager AEM. Katrin has got extensive experience of state schools, semi state schools and private schools as well as in different cultural contexts and school communities, which she gained in various roles: school leader, Teacher, Consultant, Examiner, co-author of a textbook for German B, and a school visitor. 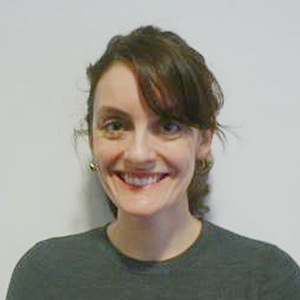 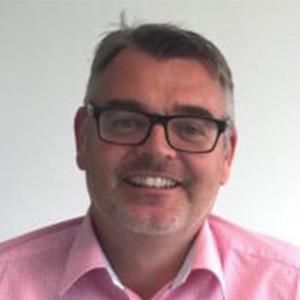 Jon Halligan is the Head of Development & Recognition for Africa, Europe and the Middle East. He is responsible for the strategic development of schools within the region, in particular working with schools as they embark on their IB journey, either as a new school or as an authorised school implementing a new programme. He also works with the various ministries, officials, regulators and other influential educational bodies to raise awareness and understanding of IB programmes and their value for national equivalency purposes. 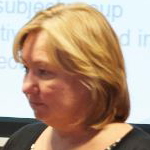 Margareth Harris is currently Manager for IB World Schools. Margareth worked in the Academic Division of the IB as Curriculum and Assessment Manager for Languages and participated in the review and development of the 2014 MYP (known as the MYP Next Chapter Project) from its first conversations to its final publication and implementation in schools. Over a period of more than 20 years, Margareth has worked in schools in Australia, Hong Kong, France and Indonesia as a teacher of languages, IB PYP, MYP and DP teacher, MYP Coordinator, Moderator, Personal Project and Community Service Coordinator, school visitor and workshop leader. 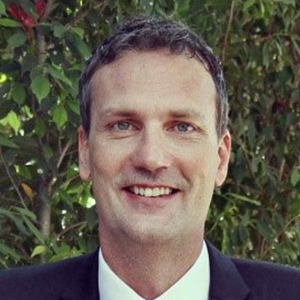 James MacDonald is the Vice President Education (US & IB Curriculum Schools) for GEMS Education and is based in Dubai. In his role he oversees teaching, learning and leadership for GEMS IB and US curriculum schools in the UAE as well as the global network of GEMS World Academies. Prior to joining GEMS in August 2016, James was Head of School NIST International School in Thailand and prior to this head of Yokohama International School in Japan.

Sarah Manlove has been a research manager for over three years with the IB Global Research team, focusing on programme development research in the IB Global Centre, The Hague, Netherlands. Prior to joining global research Sarah worked as a research assistant for IB’s Assessment Research also located in The Hague. She works closely with IB Programme heads and curriculum managers to manage external researchers from academic and consultancy institutions to meet the needs of IB’s four programmes. Prior to coming to the IB Sarah completed her PhD in 2007 from the University of Twente in the Netherlands. She focused her research on instructional technology and design, with an emphasis on supporting students’ self-regulation and metacognition processing in online learning environments. She also completed a post-doctoral experience at Indiana University’s cognitive science programme which looked at ways to design educational experience to promote learning transfer. Sarah has worked in education for over 20 years and has taught in elementary and secondary school settings as well as served as a lecturer in higher education. She has over 17 peer reviewed journal publications and has presented in academic and research conferences. Sarah has also served as a SIG officer in both the American Educational Research Association (AERA) and the European Association for Learning and Instruction (EARLI). 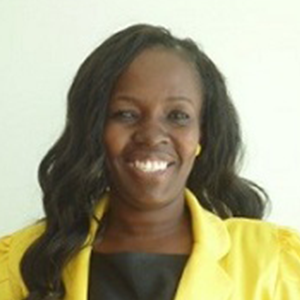 Before joining the IB as the PYP Associate Manager, Roseline Muchiri was involved with PYP in her capacity as a teacher and language coordinator in an IB World school in Kenya. As a PYP practitioner, she has a wealth of experience in the implementation of the programme, and has played various roles in supporting PYP schools in the region. 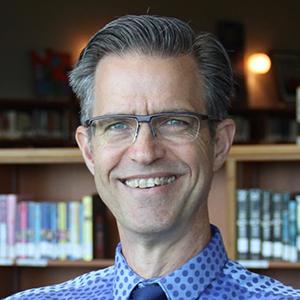 Born in the Caribbean and raised between Canada and South America, Glenn Odland began his career in Calgary, Alberta as a Secondary English and Humanities teacher. In 2006 he and his wife moved to Singapore where he assumed the role of Head of School at the Canadian International School. He led this thriving IB continuum school until June, 2017, when he relocated back to Canada. He now splits his time between Canada and India, where he serves as the Managing Director for Velammal World Academies in Chennai. Velammal will be opening several IB schools beginning in August 2018. 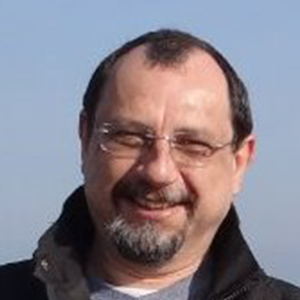 Dominic Robeau is the Senior Curriculum Manager for Career-related Programme Development. Dominic has many years of classroom and educational leadership experience in local and international schools in Australia, Indonesia and the United Arab Emirates. A secondary English Literature teacher by training, he holds a Masters in English Literature and Communications from Murdoch University, Australia, and a Masters in Educational Management and Leadership from Newcastle University, Australia.

Heike Schröder has been working for the IB as Research Manager for Programme Development since 2013 and in her role, supports curriculum development. She previously worked at the VU University Amsterdam where she was involved in cross-nationally comparative survey research focusing on social stratification. At the IB she has managed various programme research projects informing the Diploma Programme and the Career-related Programme. Since 2014 she has overseen the DP Student Workload Project. 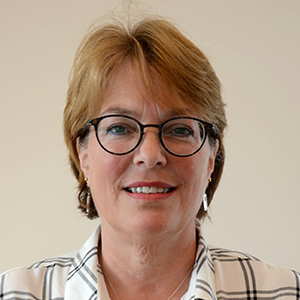 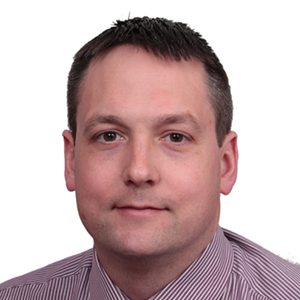 Working in the IB World Schools department, Alan Wrafter supports schools running the DP, CP, MYP and PYP globally. He has worked in school leadership as Secondary Principal, DP coordinator and Teacher. He has also worked as coordinator with the British Council, and his career in international education includes postings in Spain, Australia, Indonesia and Ireland. 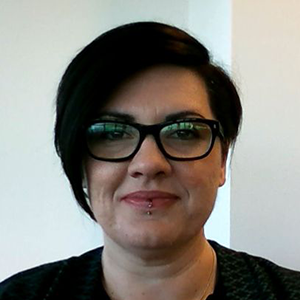 Chantell Wyten B.Ed (Hons) is a travelled educator whose motto of ‘meaningful progression with global consciousness' has led her to become the current CP Curriculum Manager. Prior to this she worked as a Head of Sixth Form and CP co-ordinator, in a UK school for five years, piloting the CP as a stand-alone qualification. Chantell has created online and face to face CP teacher workshops, with a special interest in integrating DP subjects with career-related packages to broker pathways into leading universities, and a range of competitive industries.