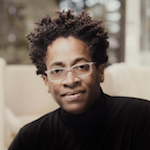 Jacqueline Woodson is the 2014 National Book Award Winner for her New York Times bestselling memoir "Brown Girl Dreaming", which was also a recipient of the Coretta Scott King Award, a Newbery Honor Award, the NAACP Image Award, and the Sibert Honor Award.

She is also the author of New York Times bestselling novel "Another Brooklyn" (Harper/Amistad), which was a 2016 National Book Award Finalist and Woodson’s first adult novel in twenty years.

In 2015, Woodson was named Young People’s Poet Laureate by the Poetry Foundation. She is the author of more than two dozen award-winning books for young adults, middle graders, and children; among her many accolades, she is a four-time Newbery Honor winner, a three-time National Book Award finalist, and a two-time Coretta Scott King Award winner. Most recently, she was named the 2018 Ambassador for Young People’s Literature by the Library of Congress. Her most recent books are "Harbor Me" and the picture book "The Day You Begin", both published in 2018.

Generation IB – The Paradoxes of Change 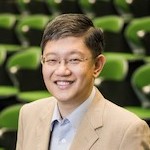 Dr Pak Tee Ng [National Institute of Education (NIE), Nanyang Technological University (NTU)] is a Singaporean educator who is deeply involved in the development of school and teacher leaders. Pak Tee began his career as a Mathematics teacher and served a stint as a Ministry of Education (MOE) officer before joining the NIE as an academic. At the NIE, he has previously served as Associate Dean Leadership Learning and Head of the Policy and Leadership Studies Academic Group. His main work is in education change and leadership. Pak Tee has authored/co-authored numerous publications and one of his books, "Learning from Singapore: The Power of Paradoxes", is a Routledge best-seller.

He is currently a member of Scotland’s International Council of Education Advisers and a Life Member of Clare Hall, Cambridge University. Pak Tee has been conferred awards such as the National Day Award of Public Administration Medal (Bronze) for merit and service to education; and the Award for Outstanding Contribution to the Asia Pacific Educational Research Association. He has also won various teaching awards and has been conferred a Fellow of NTU Teaching Excellence Academy.

From Child Soldier to Acclaimed Author: Changing the Narrative on Adversity 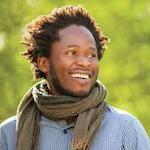 Ishmael Beah, born in Sierra Leone, West Africa, is The New York Times best-selling author of A Long Way Gone, Memoirs of a Boy Soldier and Radiance of Tomorrow, A Novel, both published by Farrar Straus and Giroux.

His memoir has been published in over 40 languages and was nominated for a Quill Award in the Best Debut Author category for 2007. Time magazine named the book as one of the “top 10 non-fiction books of 2007”, ranking at number 3. His novel, written with the gentle lyricism of a dream and the moral clarity of a fable, is a powerful book about preserving what means the most to us, even in uncertain times. The New York Times finds in his writing, already available in several foreign languages, an “allegorical richness” and a “remarkable humanity to his characters”.

He is based in Los Angeles, California, with his wife and children.