We are pleased to announce this year's keynote speakers. 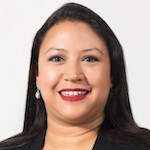 Monita Sen has over 18 years’ experience working with the International Baccalaureate’s Primary Years Programme in a variety of roles, including both teaching and leadership roles. She began her career as an early years (Montessori) teacher and has been involved in setting up early childhood centres in India.  Monita Sen joined the IB office in Singapore in 2012 as the PYP Regional Manager and she currently provides support to PYP schools moving through the authorization process as they work towards becoming IB World Schools.

Monita is passionate about working with early years educators in the PYP to share stories of “good practice” across contexts and has developed and led workshops for many educators over the past 10 years. Monita holds a master’s degree in Education and English Literature and is currently undertaking an Ed. D with The University of Bath. Her areas of interest and research include anything to do with early childhood, learner agency, creativity and transdisciplinary approaches to learning. 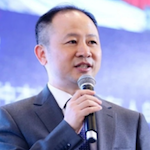 Ding Shulin was nominated as the member of Education Equipment Expert Committee of MOE in 2014. He was invited to be the Chinese expert of Horizon Report (NMC) in 2015 and the key Expert of White Paper: Smart Learning Environments in China 2016. Ding has published more than 30 research papers.

After graduating from Capital Normal University, Ding worked for the Beijing National Day School as a teacher, office administrator and ultimately becoming an assistant principal. 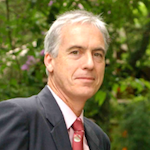 Senior Advisor to the President at The University of Hong Kong

Professor John A. Spinks came to The University of Hong Kong (HKU) in 1977 from the Institute of Psychiatry in London. He has been Chair of the Board of Directors of the Joint University Programmes Admissions Scheme. His roles with HKU have included being Pro-Vice-Chancellor (Academic and Student Affairs), Head - Department of Psychology, and Associate Dean - Social Sciences. He has also been Chair of the HUCOM (Heads of Universities Committee) Sub-Committee on Internationalization.

He has been responsible for HKU’s local and non-local recruitment, in addition to leading its admission processes. He is currently Senior Advisor to the President and Director of Undergraduate Admissions at the University of Hong Kong. 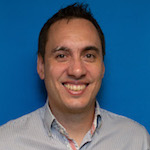 Kevin Tibble is an educator with a passion for technology and innovation.  For over 13 years, he has taught in schools in London, New Zealand and Hong Kong, working with teachers and students to demonstrate how the right use of new ideas and devices can redefine how learning can happen, both inside and out of the classroom.

Starting in New Zealand and London, he worked with schools in deprived areas to introduce core skills on a limited budget, and in a diverse and challenging environment.  He found this work to be incredibly rewarding, and was successful in embedding effective use of technology across the curriculum

After moving to Hong Kong, he worked at Kennedy School, where he helped to transform the school's use of technology, integrating radically new learning experiences, running workshops for the extended community and efficiently expanding the number and type of devices being used by classroom teachers.

Currently, he is the Learning Technology Adviser for the English School Foundation's 16 Primary schools and Kindergartens in Hong Kong.  He is responsible for supporting all aspects of their technology use, and recently he has been working closely with the early years educators to show how technology can be blended seamlessly into the classroom environment, supporting the learning of the children without being a distraction or a gimmick.  This has included exploring different methods of screen free coding, using timelapse to create new perspectives, and role play storytelling through the use of green screens.

Outside of the classroom, Kevin has two small children, who have been very enthusiastic testers of his new ideas. 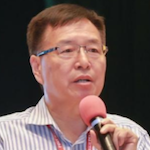 In 2002 he first introduces the IB programmes, curricula to Shenzhen, China in his capacity as the president of the largest private institution. He has a broad experience working in schools as a teacher and an administrator in China and overseas. He has also worked with the government, including the Ministry of Education, Department of Labour New Zealand.

Jason being a principal has been involved in the application, implementation and evaluation of the IB programmes for three international schools.