Dr Peter Hoeben has extensive international experience in teaching and assessment at the secondary and tertiary levels. He has acted as a consultant for a German educational organization and is now the Chair of the IB Examining Board. 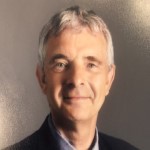 Dr Hoeben’s teaching career was within the public-school sector in the Netherlands, where he taught Diploma Programme (DP) biology at the International School of Oegstgeest. Later, he became the Head of the Affiliated school of the Foundation Rijnlands Lyceum, overseeing schools in the UK, Switzerland, Oman, the UAE and Singapore.

He has co-authored textbooks for the IB Diploma physics, chemistry and biology courses and an on-line textbook for DP biology for Kognity. Additionally, he has been involved in several curriculum developments for the IB.

Dr Hoeben is fluent in English, German, French and Dutch.