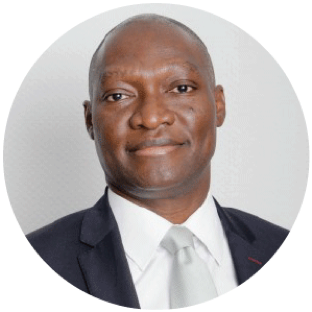 Prior to that, Cyrille was Managing Director and Founder of LiquidAfrica Holdings Limited, a pan-African investment bank specializing in capital raising and trading in all African markets.

Before starting LiquidAfrica in 2000, he was the head of Sub-Saharan research at Merrill Lynch & Co in London, where he was ranked in the Financial Mail 1999 Analyst Survey as one of the best research analysts on the continent. Prior to joining Merrill Lynch, Cyrille was a manager at Accenture in Paris, specializing in financial markets.